Rectal prolapse is a debilitating condition that affects 1% of people older than 60 years. Surgical approaches to its treatment include a perineal approach and an abdominal approach. Laparoscopic rectopexy was initially described in the early 1990s and has since become the abdominal procedure of choice for rectal prolapse. This review describes three of the current laparoscopic approaches in the management of rectal prolapse and rectocele. 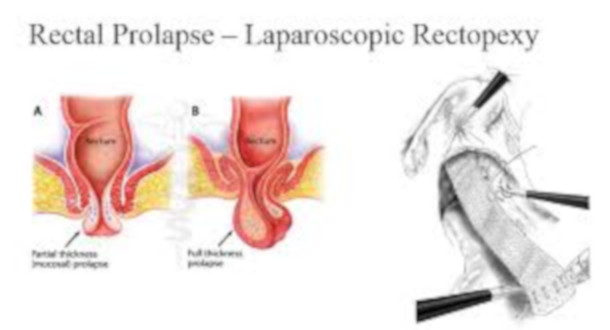 Once rectal prolapse is diagnosed, surgical repair is indicated to prevent worsening fecal incontinence and discomfort. Abdominal rectopexy yields low recurrence rates ( < 5%) and some improvement of incontinence. However, this approach can cause constipation and does not resolve existing constipation, possibly owing to rectal denervation after the posterolateral dissection of the rectum.
In contrast, perineal approaches, including Altemeier and Delorme procedures, are associated with a higher recurrence rate but lower morbidity than open abdominal approaches. Although considered safer operations, with the rate of recurrence approaching 18% and minimal improvement in continence, better alternatives have been investigated. The small incisions, lack of anastomosis, and low recurrence rates of the minimally invasive approach have reduced the morbidity of the abdominal approach without affecting efficacy. In a randomized control trial, laparoscopic rectopexy had fewer complications, shorter length of hospital stay and decreased in pain compared with open abdominal rectopexy. Also, the morbidity was comparable to perineal procedures. 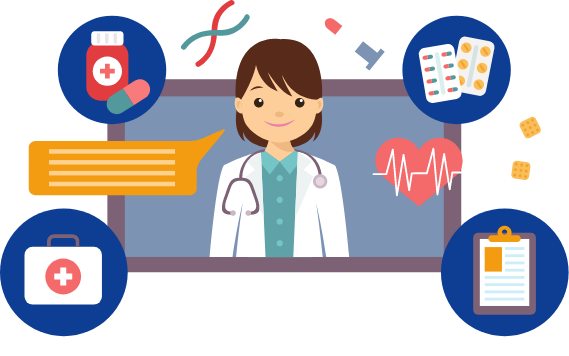 SKYPE with a Surgeon​

SKYPE with a Surgeon

If you’re ready for surgery that relieves pain and improves your quality of life we’re here to help. To get started, click below to fill out our form and we’ll handle the rest. We’ll review your records, consult with your doctors, and thoroughly inform you about your options.